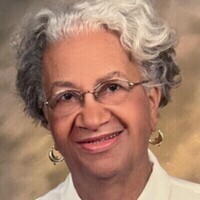 She received her formal education and received of B.S. in Chemistry from Virginia Union University in 1941. She continued her education at Howard Institute (University) studying Chemistry of Powder and Explosives.  Yvette then attended Hampton Institute and received a certificate for Engineering Fundamentals.  She also enrolled at the University of Virginia to pursue her Ph.D. in Education.

Yvette met and married Isaac Ridley, Sr. in 1942, in Hampton, Virginia. They were married for 55 years until Isaac passed after a rewarding career as a college professor at Hampton University and Virginia State University.  Yvette was an avid reader and lifelong learner.  Together Yvette and Isaac were driven by their faith and worked tirelessly to improve their community, not only on the local level, but through their leadership roles in many state and national organizations.  They also loved to travel and to spend time having fun with family and friends.

After graduating from Virginia Union University, Yvette started her career in the early 40’s at Langley Air Force Base (Hampton, Virginia), employed by NASA as a mathematician working on “wind draft and mathematical equations” for the then X15Jet which later became known as the F15 Jet. Her title was “Colored Computer”.  Her husband was also employed at Langley Air Force Base as a Radar Instructor.  While living in Hampton, she bore three children: Isaac Jr., Elaine and Helen.  After leaving NASA in 1957, Yvette moved to Petersburg, Virginia, with her husband and young family to continue Isaac’s career as a college professor at Virginia State College. It was there that Yvette reinvented her career plans and pursued a new career in Social and Human Services.  She earned her Master’s degree in Clinical Psychology from Virginia Commonwealth University and obtained other higher education accomplishments while pursuing a career as a Clinical Psychologist at the Central State Mental Hospital. Motivated by the plight of a family friend that had been institutionalized, Yvette organized activities and functions at the facility and became a vital resource for the doctors and patients at the facility.  She later began a long successful career at John Tyler Community College as a professor and retiring as the Program Director of Health and Services.

Yvette and her family were faithful and devoted members of Zion Baptist Church, Hampton, Virginia and Gillfield Baptist Church, Petersburg, Virginia.  After her husband passed, Yvette moved to Jacksonville, Florida, to live close to her daughters, joining Bethel Baptist Institutional Church here she was a loyal member for almost 20 years.

During her life, she was active in numerous local, state and national boards of charities and outreach organizations.  Yvette has been a devoted member of Delta Sigma Theta for more than 65 years.

Yvette was a poll precinct director in Jacksonville for nearly 20 years and as a breast cancer survivor, she was a strong advocate supporting and participating yearly in Jacksonville’s annual “Walk for the Cure” cancer advocacy and fundraiser. In addition to working and raising a family Yvette was involved in the following organizations: