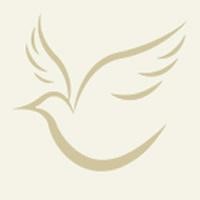 Brother Warren Myrick peacefully transitioned from this earthly life on Friday, April 22, 2022, at sunset.  Lead into heaven with Pastor Horace Jones and his family right at his side in prayer.

He was born on September 30, 1957, to the late Henry and Helen Myrick.  He was educated in the Prince George Public School System.  He graduated from Prince George High School, Class of 1976, where he played on the Royals Football Team with his cousin, Fletcher Myrick.

Warren was baptized on September 15, 1968, at Providence Baptist Church under the leadership of Rev. Jacob Turner, Jr.  He was a faithful member of Cornerstone Ministries of Petersburg, VA, where he served on the Usher’s Ministry until his health declined.

Warren loved the Lord, his family and the Dallas Cowboys!  There are so many fond memories of Warren’s fishing excursions and growing up on Route 1 with family and friends from the neighborhood.

Warren was employed by Brown and Root Construction Company for many years, and he was a licensed welder and electrician.  He was an avid baseball card collector.