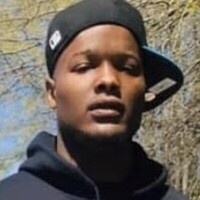 On Monday, January 23, 2023, a beloved father, son, brother, and friend passed away unexpectedly. TeAndrey Lajohn Taylor, also known to many as “Tee, T-Money, and Money” was 26 years old born and raised in Hopewell, VA. TeAndrey graduated from Hopewell High School, Class of 2016. While at Hopewell High, he played baseball, basketball, and football with his brother. He later decided with his brother’s inspiration to attend Virginia Union University in Richmond, VA.

TeAndrey enjoyed spending time with friends, playing basketball, gambling, and going to clubs. TeAndrey was a die-hard Washington Commanders fan. TeAndrey was a Hopewell Blue Devil fan whom you could catch on the sideline cheering as if he was the coach of the team.

Those who had the chance to get to know TeAndrey described him as a warm, caring, and humorous person with a smile that would light-up any room. He honored the “Heady Murphy and Jug Head” jokes. If asked how TeAndrey would like to be remembered I believe that he would say, remember me as “Mr. Finesse” or “Mr. Larceny.”

Viewing for Mr. Taylor will be held one hour prior to the funeral service.