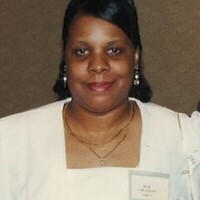 Rose Madline Crawley Cheatham was born in Chesterfield, VA, on October 15, 1960, to the late Robert and Dorthey Crawley. Rose peacefully departed this life on January 14, 2023, at VCU/MCV Medical Center in Richmond, VA.

In 1979, Rose met Stanley Cheatham and the two were married on June 25, 1983. To this union two sons were born, Daniel and Leon Cheatham. Stanley and Rose loved traveling together. She also loved shopping and getting her nails and hair done, cooking and attending family gathering.

Rose confessed Christ at an early age and was baptized and joined the Tabernacle Baptist Church.

To be absent from the body is to be present with the Lord.