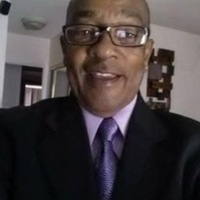 I was born in Virginia in 1948, graduated High School and joined the Army on1969, served and was honorably discharged. Played in four State Championship ion Gulf, and won them all. Worked for the United States Government for twenty years, and left in 1986 with an unblemished record.

While living in San Diego, worked for San Diego Scenic Tours as Operations Manager, scheduled tours to Mexico and San Diego Proper. Managed Mesa Valley Grove Senior Center’s Transportation Department, assisting seniors to travel from their homes and loved ones to the center on a daily basis. Attend Pepperdine University for a Certificate/Degree in Transit/Paratransit, to aid my knowledge of how to make transportation more efficient. Drove for Goldfield Stage Lines on characters and taking children to summer camps and Gran Nights (Proms). Something I was very proud of knowing it was up to me to get the kids home safely.

Robert F. Lundy, affectionately known as Bobby, transitioned from this life peacefully on October 18, 2022. He was born on January 3, 1948, in Petersburg, Virginia to the late James Lundy, Sr. and Margaret F. Lundy.

Bobby, a graduate of Peabody High School, was a Veteran of the United States Army, an avid golfer and Raiders fan. He was loving father, brother, grandfather and uncle. Bobby worked for the Federal Government for two decades. Formerly of Petersburg, VA, he resided in California from 1972 until his death.

The Lundy family would like to thank everyone for the many acts of love, kindness and support extended during our time of sorrow.