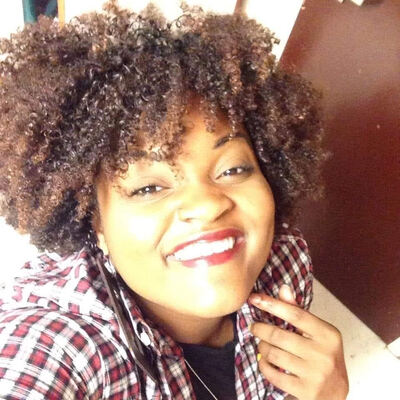 The melody of Jasmine Patrice Logan’s life began at her birth on October 31, 1994, to John R. Logan Jr. and Patricia Logan. In her brief yet meaningful 28 years, she lived out a masterpiece, coloring our world with art, music, friendship & light before taking eternal rest with her Creator on January 16, 2023.

A student of the arts, Jasmine’s love for performance began at an early age. She was the sax section leader for Highland Springs High School Marching Battalion for two years before transferring to Henrico High School at the Center of the Arts to study dance. There she led as co-captain of the Pure Elegance Dance Team.

She gave the best of her talents to God not only in academic performances, but in her service to the local church. Jasmine loved the Saint Paul’s Baptist Church and was faithful to the Joy Choir, the youth choir, Imani Step Team, the B.O.M.B. S.Q.U.A.D., Kisura mentoring group, and served as a youth team leader. She also regularly participated in CountyWide Youth productions.

After high school, she attended North Carolina Central University where she graduated and received a Bachelor of Arts in Theatre in 2019. During her undergraduate career, she was involved in the NCCU Sound Machine as a dancer for The Lovely Ladies of eClipse. She also led as the Rehearsal Director for The Repertory Dance Company at NCCU, and was a member of the Clear Onyx Dance Team and Heavy Hittas NCDugout Dance Team.

Jasmine’s talent in theater earned her various roles in NCCU collegiate shows such as Brothers of the Knight, a Debbie Allen production, Black Nativity, and Sister Act. She was a member of Alpha Psi Omega Honor Society and won various theater and dance awards while attending conferences and competitions with NCCU.

Upon her college graduation, she attended The Open Jar Institute, Broadway’s musical theater summer intensive where she had the privilege of learning from some of Broadway’s best stars, performers, directors, choreographers, agents, and casting directors.

Leave it to Jasmine’s giving heart to pour all she learned back into her community; it was her life’s mission to not only give light to the world through her own breathtaking performances – but to teach young black and brown children how to do the same.

Her legacy lives on through the work she did for Richmond Public Schools as a dance teacher for Boushall Middle School, assisting with dance at Martin Luther King Jr. Middle School, Dance and Theatre Instructor for Beyond Borders Dance Academy, and Dance Instructor for RARE Academy, founded by her late sister-in-law, Ena J. Logan.

The way she brought joy & life to every room she entered is what her friends & family will miss about her most.

Jasmine is preceded in death by her grandparents, John R. Logan, Sr, Rosa Logan, and Emma Janet January; her sister-in-law, Ena Logan; and a host of other family members.

To live out the love she so beautifully displayed, she leaves her devoted parents, John R. Logan, Jr. and Patricia Logan; her brother, John R. “JT” Logan III (Ena “Eebie”); her aunt, Joanna Logan whom she affectionately called “Auntie”; her uncle and aunt, Joe and Celeste Logan (Joseph Jr., Joelle, Jolie, Jahem, Jameson, Joy, Enaja); her uncle and aunt, Kenneth and Joyce January (Janay); her godsister, Brittany Jones; her best friends, Arabella White, Timothy Oliver, Aaliyah Kilpatrick and Bria Hundley, all of her Highland Springs, Henrico, NCCU Performing Arts family and friends; and anyone who had the encounter of the bright smiling light that she was.

The Logan family would like to thank everyone who has sent condolences and shown their love throughout this time. We want to charge you to keep Jasmine’s light shining by spreading her love for God and His love for others with everyone you encounter.