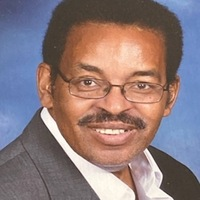 He was a 1970 graduate of Peabody High School. Upon graduation from high school he started his military career. SGT James Cheives performed the duties as A/C Maintenance Administrative Clerk. He transferred from Marine Corps Reserve performing the duties of an Engineering Clerk. He retired from the United States Marine Corps Reserve. He became a civilian and worked at Brown & Williamson Tobacco, Inc. in Petersburg, VA. After Brown & Williamson, James worked for the Defense General Supply Center, retiring in 1998 after suffering a massive stroke. His love of working and being around people did not stop him as he worked volunteering as a greeter at Southside Regional Medical Center. James also enjoyed furthering his education as he took classes as often as he could continuing his education over the years at John Tyler Community College.

He joined Mount Olivet Baptist Church at an early age. He loved singing in the choir and working with the Share Ministry until he became ill. James was definitely a family man, from being the President of the PTA, to participating in the Jaycees, and the Teen Express Group. He always wanted his children to try new things, from being at valid lessons, taking his girls on their first flight, introducing his son to karate, trying football, to even helping the grandchildren with swimming lessons. He enjoyed family get-togethers, and being the host. Even when there were hard discussions, he was willing to listen and wanted to know what was happening with each of us. No matter if he had an opportunity to see us on a regular basis or if we were not able to be there, he loved us all in his own way.