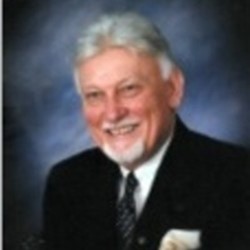 He enjoyed shopping, eating out and travelling. He also loved his church and family. If he was your friend, he was always there for you. Don was a quick-witted person and he enjoyed telling stories fictitious or not. He always had the ability to make you laugh and truly enjoyed doing for others.

Donald was preceded in death by his parents, Millard and Odie Elliott, and a stepson, Patrick Neil Palmer.