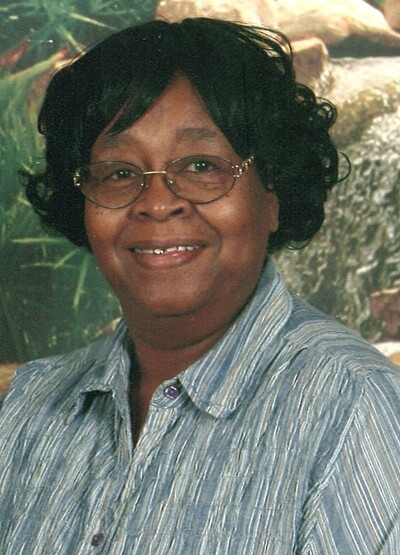 Deaconess Dorothy Mcurdy Bailey affectionately known as “Dot” of 27 North Burch Street, Petersburg, VA, departed this life and went home to be with the Lord, on Tuesday, January 9, 2023.  She was a native of Opelika, AL.

Deaconess Dot was baptized at an early age at the Saint James Baptist Church by Rev. J. L. Jordan, Pastor in Opelika, AL.  She was educated in the Opelika Public Schools and graduated from J. W. Darden High School.  She relocated to Richmond, VA at the age of eighteen.

Upon marrying her husband, Osborne K. Bailey, Jr., she became a faithful member of the Bethany Baptist Church pastored by Rev. William Lloyd James, Petersburg, VA.  After years at Bethany the family moved their membership to the Tabernacle Baptist Church where Dorothy was active in various ministries and community organizations.  She was a charter member of the Osborne K. Bailey, Sr. Memorial Choir.  She also served as President, Vice President and Treasurer.  She was a great alto singer and was fully committed to serving in that capacity.  She was dedicated to the choir and often recruited ministers to join the choir.

Deaconess Dot later moved her membership to Resurrection life Christian Center Church pastored by Rev. Gary and Alice Gray.  She was joined by her husband shortly thereafter.  She became a very active and dedicated member. She served as trustee and mother to some of the members.  On Sunday, June 8, 2008.  She as ordained as Deaconess of Resurrection Life Christian Center Church.  She enjoyed fulfilling all the duties of Deaconess.

She was employed with Allied Chemical Co. (Honeywell), where she retired after 33 years of service.  She went on to attend John Tyler Community College (presently named Brightpoint Community College, majoring in Early Childhood Education and Business Education.

Dorothy continued to work in various professional environments which included: Little Angels Daycare of Tabernacle Baptist Church and Powell’s Tax & Support Services.  She had a great sense of humor and laughed often. She was a loving and devoted wife, mother, grandmother, sister, aunt, god-mother, friend and neighbor.

Deaconess Dot loved the Word of God, Bible Study and she was a prayer warrior that would engage in conversation with anyone and was very helpful to her family, friends and community. Always ready to give an encouraging word.