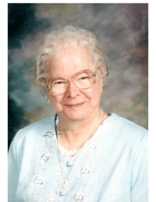 Evelyn Clara Foster Dyson, 97, of Chesterfield passed away on Friday, April 22, 2022. Born October 2, 1924, she was the daughter of the late Mary Jackson and William Johnson Foster, and was also preceded in death by her husband, James Elmer Dyson, Sr.; sisters, Ellen Tudor (Tom), Gladys Manhart (George), Hazel Pierce (Jimmy), Sylvia Terrell (Frank); and brothers, Charles (Margaret), William (Margaret ), Ralph (Lorraine), ,Floyd (Mary Ann), and Fred Foster.  Clara, a lifelong resident of Chesterfield County, was born on a dairy farm at the end of Willis and Reyment Roads near Bellwood.  She was second youngest and one of 10 siblings.  She attended the then Kingsland elementary school which included the first few grades with the higher elementary grades at Beulah elementary which she later attended.  Of course she had to walk to school with her older brothers and could not walk home without her brothers.  The first and second grades were taught in shifts with first grade being in the morning and second grade being in the afternoon.  Waiting for her brothers to get out of class she attended second grade in the afternoon completing both grades at the same time.   When she moved on to Beulah Elementary for the higher elementary she was elected and became the May Queen while there.  She graduated from the old Chester High School in 1943. In the early to mid 40’s with the US being involved in the World War II, all the boys were engaged in some sort of service to the country and the dairy had to be relocated to a smaller property which was at the corner of Chalkley Road and Route 10.  While there she was employed at the courthouse by the Rationing Board issuing stamps and certificates to the citizens to purchase items needed for food, work items, clothing, etc.  She was introduced to her future husband by one of her brothers and they were married in December 1944.  She lived in the same house from then till her death for some 78 years.  She was a farm girl or farm wife her entire life. She was a member of the Woods United Methodist Church that entire time and at her death was the churches oldest member.  During that time she was a Sunday school teacher for a ladies class in the church.  She and her husband were long time members and supporters of the Gideon organization.   She was also a long time member of the Matoaca Woman’s Club, an advocate for youth reading programs in the area and worked with many young people in the Matoaca area at the elementary school and through the Matoaca Library.  She was seriously involved in the Reading is Fundamental (RIF) Adult learn to read program.   She was seasonally employed at the local tobacco warehouses in Petersburg and other part time jobs.  But her main job was being a mother to her 4 children and a farmer’s wife supporting the farm in a multitude of ways.  She was widowed in September 1988.  She was an avid quilter.  She is survived by her children, James E. Dyson, Jr. (Judy recently deceased) of South Chesterfield, Janice Foster Dyson of Dinwiddie, June Dyson Brown (Bob) of Saint Simons Island, GA, Jo Anne Dyson Hudson (Bob) of Powhatan, Virginia.  There are 9 grandchildren:  Mary Elizabeth Maddra (deceased), Julee’ Maddra Walker (Virgil), Jennifer Carol Dyson-Lerch (Joe). James Andrew Dyson (Kelly), Jason Thomas Brown (Cassie), Joshua Daniel Brown (Beth), James Robert Brown (Lauren), Amanda Gray Miller (Chuck), and Robert Daniel Hudson (Rose). There are 18 great-grandchildren:  Victoria Walker. Nicholas Walker, Mitchell Walker, Chloe Lerch, Emma Lerch, Avery Brown, Greyson Brown,  Brady Dyson, Colby Dyson, Wyatt Dyson, Dylan Brown (deceased), Taylor Brown, Chase Brown, Skyler Dorr, Kayla Miller, Charlotte Miller, Henry Hudson and Thomas Hudson.  Mary Ellen Ammons of Chester, a niece, which was like a sister to her, and several other nieces and nephews, several being deceased.  A funeral service will be held at 2:00 PM on Wednesday April 27, 2022 at Woods United Methodist Church, 7200 Hickory Road, South Chesterfield, VA 23803.  Family Visitation will be held at the church at 1:00 PM one hour prior to the service.   Interment will follow the service in Woods United Methodist Church Cemetery. The family will receive friends after the service at her son Jim Dyson’s  home at 20236 Oak River Court.  Flowers are welcomed, or you may make memorial contributions to Woods United Methodist Church, The Dylan J Brown Foundation at www.dylanbrownfoundation.org, the Chester or Midlothian YMCA, www.ymcarichmond.org/donate. Or the charity of your choice.  Funeral arrangements are being handled by the Colonial Heights Chapel of E. Alvin Small Funeral Homes and Crematory, 2033 Boulevard, Colonial Heights, Virginia.   Online condolences may be registered at www.ealvinsmall.com.