Charles Donald Harris, “Donny,” went home to be with his Lord and Savior and his family preceding him in death on July 25, 2022 at the age of 63. He is survived by two brothers, Gerald Dennis Harris (Sandy) and Glenn Randall Harris; as well as many cousins, uncles and aunts, nephews, nieces; and many extended family and friends. He is also survived by his stepsisters and stepbrother, Leasia (Rodney) Dix, Carol Watkins, and Gary (Beth Watkins); and his stepchildren, TJ Chapell (Alyson) and Tiffany Chapell, and their families.
Donny was born to Charlie and Lillian Harris on August 18, 1958, in Richmond, Virginia. His father and mother, as well as his twin brother, Grady Daniel Harris “Danny/Freebird,” preceded him in death. Donny’s son, Nathan Harris, also preceded him in death at the young age of 9 years old. The loss of his dad at a young age, and then later his son and twin brother, left a huge hole in Donny’s heart. Donny also was preceded in death by his stepfather, Thomas Watkins, who was a true second father to all the Harris boys.
At a young age, Donny loved playing baseball and fighting with his three brothers. His father, a state police officer, was bigger than life and led his family with love and strength. His grandmother, Mariella Rhodes, kept him in line, and his mother, Lil, loved him with all her heart. The four brothers fought as brothers do, but would fight fiercely for each other when needed. Donny lived most of his life in Dinwiddie County.
After attending Dinwiddie High School, he served in the Navy. While in the Navy, he married Sheila Ramey, and they had one son, Nathan Harris. Nathan was loved and cherished by Donny. After the death of his son, Donny had no other children of his own. He married twice more and loved his stepchildren as if they were his own.
Donny worked as a truck driver for most of his working life. He had retired from the road in recent years.
Donny has faced many challenges in his life. He loved hard and sometimes fell hard. But one look at his Bible, and it is obvious that he knew and loved Jesus. He studied and knew God’s word. He struggled with demons, but he knew God’s love and he knew God’s grace. Those who knew him well remember his laugh and twinkling blue eyes. They knew he loved fiercely and that he loved and missed his dad, brother, and son immensely. He would do anything for those he loved, and he was able to bounce back when life brought him down. He could also tell a great story and keep anyone who was listening entertained. The “Harris” laugh was instantly recognized wherever he would go. The family is grieving at his loss and will miss him immensely, but we are glad he is no longer suffering. We believe he is with his Savior and his believing family who have gone before him. Donny is at peace, and because of that, so are we.
A small memorial service for family and friends is being planned for a later date. In lieu of flowers, donations can be made to Wounded Warriors or to Children’s Hospital of Richmond. 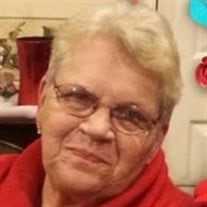 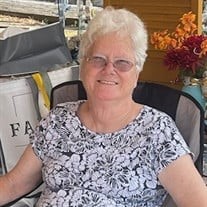