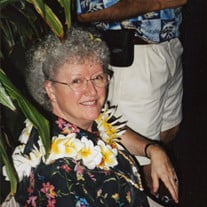 Annye professed faith in the Lord Jesus Christ, at age ten, in the First Christian Church, Chase City, Virginia. She was a devoted wife, mother, and an excellent cook.

At Chester Baptist Church, she was the 5th grade Sunday School teacher, and served as a deacon for several years. Her strongest support in life has been her God.

Annye worked for Virginia Department of Highways, from 1967 through 1975, when our son was born. She later went to cosmetology school and worked as a licensed cosmetologist from 1981-1990. She served as Worthy Matron of Chapter No. 121 Order of Eastern Star in 1989-1990. After her father’s death in 1990, she assisted her mom until her passing in 2004.